I’m sure that we have all heard so much talk recently about the potential for a 'Boris bounce', yet few commentators will have the same forward view that we have from our data at TwentyCi. Having analysed the data, here's our view on how the property market looks set to develop in 2020 and beyond, and crucially, how this will impact your brand or agency.

In order to understand the future, we have to first understand the past. This requires a look in the rear view mirror at property market transaction history.

The two government organisations that track property sales in the UK are:

The following graph measures the volume of property transactions recorded by both of these organisations from 2006 to 2019. The first thing to state is that both organisations report a broadly similar pattern, with the UK House Price Index consistently stating slightly less volume than HM Revenue & Customs.

In addition to volume of property sales, we have also looked at property rental volumes since January 2016. This is illustrated in the following graph.

The key learnings from this are that new rental properties coming to the market are rising (new instructions) and agreements between landlords and tenants to let a property (let agreed) are also rising.

Let’s stop looking in the rear view mirror and next look at what is happening now.

In the last week, many newspapers have reported on the increase in house prices at the “fastest rate on record” or the “best month…since 2007”.  The Evening Standard even suggested that the “housing market was back with a bang as buyers flood back after election”.

Further, many estate agents are now starting to talk up the prospects for 2020 (although still cautiously), using phrases like:

In fact, there were a few early signs that some estate agents – for example, Leaders Romans Group, Connells, Hunters and Humberts – displayed their intentions to invest ahead of a market upturn in the second half of 2019.

All markets need stability to operate. And in terms of the government, we have not since the Tony Blair days of 2004-2007 experienced stability. If we look at the historic view of property transactions that we have already seen, and map these against the parliamentary majorities across the years, there are definitely similarities between the long recovery from the credit crunch in 2008 and the flat market since 2014.

However, Boris has a majority of 80, which is very large and has not been seen since the time of Blair's Labour government. Whatever you think of Boris, this size of majority definitely promotes stability.

Furthermore, we often look to new house builders as a bellwether for what’s happening in the property market. They seem to have the knack of getting out fast when they need to and investing ahead of the curve on growth. Over 170,000 new homes were built for the year ending June 2019. This was highest number built over the same period in the last 11 years. 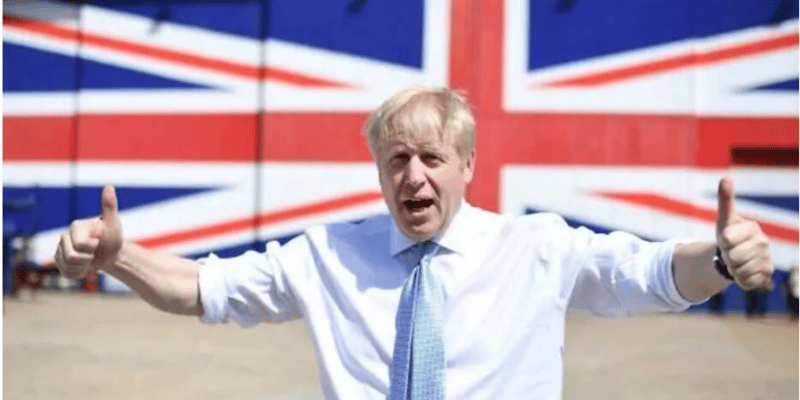 There is now a 'Boris bounce'!

The election occurred in week 50 of 2019, and looking at week 51 and beyond, comparing with a like-for-like with the prior year, we see that whilst properties coming to the market (new Instructions) are down by 7%, sales agreed (sold subject to contract) are up by 6% and exchanges are up by 3%.

So the market is up now since Boris won the election.

Furthermore, if we look at the same statistics for properties valued at more than £500,000, we see no downturn in property coming to the market. There is also an even larger increase in in sales agreed (sold subject to contract) of 10% and exchanges are up by 12%.

In the £1million plus market, we know that property coming to the market has increased by 17% and both sales agreed and exchanges are up by 11%.

Whilst we are not expressing a political opinion, government stability has been lacking for some time and this has not been good for the property market.

So what does this mean for your brand or agency?

Government stability in turn makes for a more stable economy, which creates an environment of greater consumer confidence.

As GfK’s Client Strategy Director, Joe Staton puts it: “There’s a clear sense of change in consumer sentiment this month. The picture for the year to come is much stronger with a two-point improvement in how consumers view their personal financial prospects and a very healthy seven-point jump on how they see the wider economy next year.

"We haven’t seen such a robust increase in confidence about our economic future since the summer of 2016. Despite official warning signs about the flat-lining of Britain’s economy, we know that record high employment and below target levels of inflation are helping to boost consumers’ expectations for the year ahead. Importantly, for the retail sector, we also have an upwards revision in our Major Purchase Index.

"The Overall Index Score has failed to break into positive territory for the past four years due to confusion and uncertainty about the future direction of the UK. A great many people will be gazing into their crystal balls right now; ours indicates a rebound in confidence in 2020 based on renewed optimism and energy for a post-Brexit Britain.”

This is significant news for industry sectors where homemovers represent a high value consumer audience.

We also know that likelihood to purchase is on average 20-40% greater for a homemover across these sectors.

Our data analysis and marketing programme insights also allow us to be forensic in selecting both the optimum timing and best channel execution for marketing communications.

When we bring all of this together, it's possible for brands to reach homemovers during the perfect window of opportunity, when this high value audience is in the market and ready to buy.

Homemovers from the rental sector also represent a significant opportunity to brands and agencies operating across a similarly wide range of industry verticals, including but not limited to: automotive, financial services, FMCG, leisure, property, retail and utilities.

It is our opinion therefore, that there are enough indicators in both our data and the wider market to suggest that the number of property transactions in 2020 will grow by greater than 5%. The prospects for the future of the property market - and in turn the wider UK economy - are bright and by and large, will not be impacted by the (very) gradual Brexit process.

Talk to us today about how to achieve better results for your next marketing programme.